She is a renowned photographer, haunted by her own sense of failed duty.  Her penance?  Help an old woman locate her illegally adopted granddaughter.  After Lexi  Monroe finds herself stalked by a feared enemy as she is drawn into the search. Chane Callahan seems the one man she can trust . . .  and he has secrets that could break her heart.

Bestselling author of Til Death, Sharon Sala, praised this book: “A Sacred Trust by Sharon Mignerey has everything a great romance needs…mystery, danger, and a love story between two amazing people – a single father who’ll risk whatever it takes to protect his family, and a heroine struggling to right an old wrong.  I loved this book.”

From the Ashes, New Print Edition

New print edition of this sequel to Shadows of Truth.

She doesn’t deserve forgiveness after ruining her best friend, but hopes to redeem her mistakes through her work as a guide dog trainer.  Her skill brings her a celebrity client, retired football player.  When her old enemy makes an unholy pact with a cynical, ruthless reporter determined to expose him, they are put under a media spotlight where everything is at risk  — their reputations, a fragile and unexpected love … their lives. 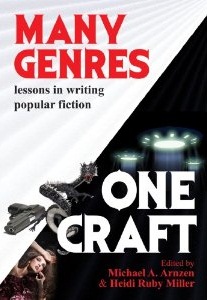 Many Genres, One Craft

Out now, Many Genres, One Craft. I am so pleased to be part of this project, which features contributors who have ties to the Writing Popular Fiction MFA program at Seton Hill University–my alma mater as of January 12, 2011.  Check out all the great content in this outstanding reference.  My contribution is “M&Ms for Characters,” a topic I like so much that I am presenting  three workshops on the topic over the next year.

Too Close for Comfort

She never imagined that a routine search and rescue would turn up her niece or a wounded gun-packing stranger who insisted that he had brought the child to her for safekeeping.  Wounded or not, he’s determined to keep her and the child safe until her mother has finished testifying in a high profile murder case.  When they must disappear with the child within the vast inside passage of Alaska, they become reluctant allies.   As an unlikely love takes root, she wonders if she’ll be able to  heal old, festering wounds and trust again.

She  is a storm chaser, and the last thing she needs is a bodyguard, especially a man who snaps her lonely hormones to attention.  But here he is, an Army Ranger on extended leave who has promised his best friend that he’ll keep her safe until her sister has finished testifying against the mob.  As the storms grow more severe and enemies close in, they must each confront ghosts of the past as they combat an enemy who wants to make sure they have no future.

y is wrapped up with oldest sister, Lily, who is still In Too Deep.

She returns home to a remote Alaskan island after testifying in a high-profile murder case.  What she doesn’t expect is her instant attraction to her new boss.  He begins to hope that he can change the destructive patterns of his past and have the courage to imagine a forever with the most generous woman he’s ever known.  Almost at once, she becomes the target of sinister threats and soon she must make the most impossible choice of her life … disappear alone into the dubious security of the witness protection program or endanger the lives of the people she loves.

He is fresh out of prison and ready to make clean start of his life based on his faith, borne out of the depths of pain.  Sheis the girl next door who knows everyone in town and who is trying to adopt a child … only she is being stalked by her decorated-cop ex-husband.  The very last thing they need is to fall in love.

Shadows of Truth and From the Ashes are connected books about best friends, Rachel and Angela, who were drawn together by the shared experience of losing their mothers at a young age.  They went into business together, and then it went all terribly wrong.

When an undercover DEA agent shows back up in her life, he asks the unthinkable–that she forgive him for betraying her when she was his suspect.  How can she … except, he’s the only safety net between her children and certain danger.

She doesn’t deserve forgiveness after ruining her best friend, but hopes to redeem her mistakes through her work as a guide dog trainer.  Her skill brings her a celebrity client, retired football player.  When her old enemy makes an unholy pact with a cynical, ruthless reporter determined to expose him, they are put under a media spotlight where everything is at risk  — their reputations, a fragile and unexpected love … their lives.

He’s the detective charged with solving the first murder in this quiet community in many years.  She’s the witness who found the body, a a good neighbor.  Or is she more, perhaps a gold digger with a motive to kill?  As evidence mounts against her, he is pulled deeper into a mystery where his faith in her innocence seems misguided … and where the fate of the good neighbor hangs in the balance. 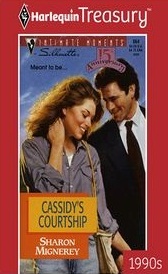 She harbors a terrible secret that threatens everything she values including her independence and her self-esteem.  He’s the attorney representing the other side in a vendictive lawsuit against her.  The attraction they feel for one another can be nothing more than a passing daydream because to act on it can bring only heartache.  But, when fate places her back in his path, he’s once more so drawn to her that he’s determined to find out what makes her tick … if only he can convince her that his intentions are completely honorable.

She’s an ordinary woman who lives a very ordinary life.  The last thing could have imagined was a routine audit of one of her boss’ resort properties turning her into a fugitive, hiding in New Mexico’s desert canyons with a handsome stranger.  He warns her against trusting him, but his code of honor demands he help her.  Even after she learns his darkest secrets, her innocent trust remains unshaken and makes him yearn for possibilities he long ago abandoned.  If he can just deliver her to safety before a surprising killer catches up with them.